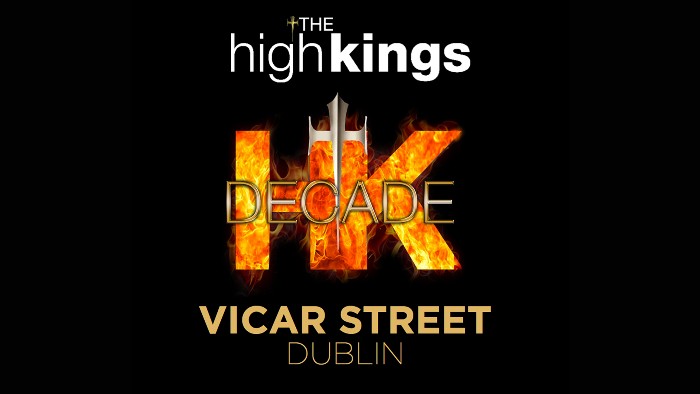 The High Kings are delighted to announce that due to demand, an extra 3 Dublin shows are being added to their DECADE tour.

The extra show dates will go on sale on December 1st at 11:00am

Decade – The Best of the High Kings is Out Now